Arrabiata Sauce for no cost and harvesting crops.

Today I made a large batch of arrabiata sauce and I had to share because with the exception of a a could of cloves of garlic it cost me absolutely nothing! 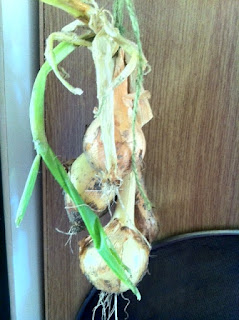 I used a couple of my home grown onions, small but perfectly formed! 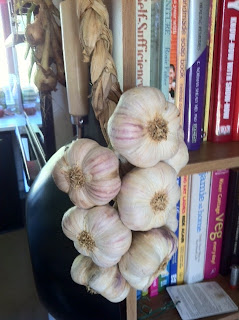 A couple of cloves of this wonderful French garlic which I picked up for a song on a french market. 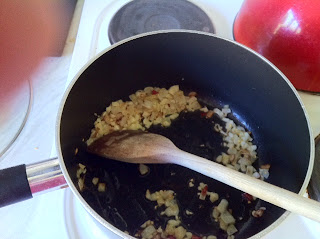 Fried it together with a couple of dried chillis, the last of my stock which I grew and dried last year. 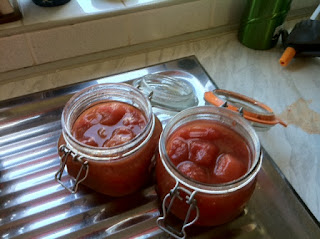 I bottled these tomatoes last year, they were the left over from what I had grown and, following instructions very carefully (didn't want to die of botulism, as was suggested if you didn't do everything by the book) I got them perfectly preserved. I pulled off the seal and opened them up to be met with a lovely scent of tomatoes! 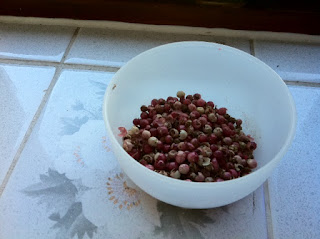 These are pink peppercorns, which I harvested from a tree in the South of France. I dried them for a couple of days in the sun and they are so delicious. Ground up a few and added them in. 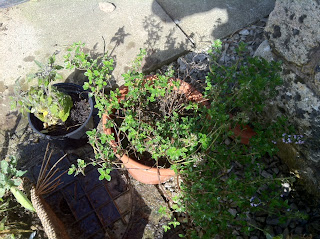 Finally some of my thyme that is growing outside. I recently thought that it had died, but I think it was just unhappy and was contemplating suicide. I have brought it back from the brink and it is flowering happily now. 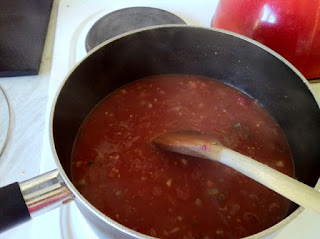 Left to to simmer for an hour or so. Delicious. 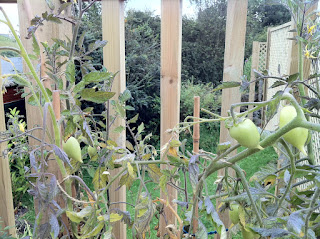 It won't be a big tomato crop, and I would really like them to start ripening, but at least there are some good looking ones. 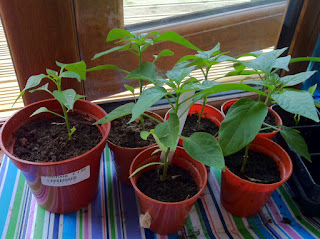 Chilli plants finally coming on, need them to as I used up my final dried chilli for the sauce above. 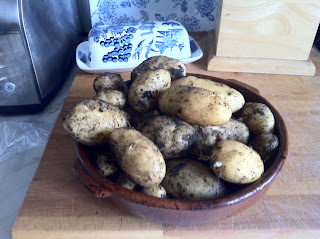 I had a lovely big crop of Nicola Potatoes, this is the ones from the ground and this: 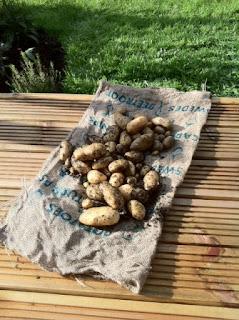 is from the potato bags. Much better crop in the bags it seems. They are delicious and I have immediately planted some more potatoes for Christmas. 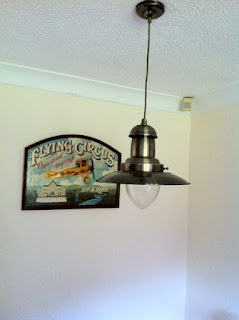 Finally I have a kitchen light! I was beginning to hate the bare flex I had dangling. I had planned on getting this ages ago, but it was £40 from Amazon and there was no way I was going to pay that. Couldn't find one cheaper so over the last few months I have been doing online surveys that pay you in amazon vouchers and finally had enough to get it for free. A few phone calls to me much more practical brother and I managed to successfully wire it in and get it working, first time! Finishes off the kitchen beautifully.