I'm turning my attention to...

my front garden. Finally after 2 years it is time to get down to the nitty gritty of sorting out my rather neglected front garden. 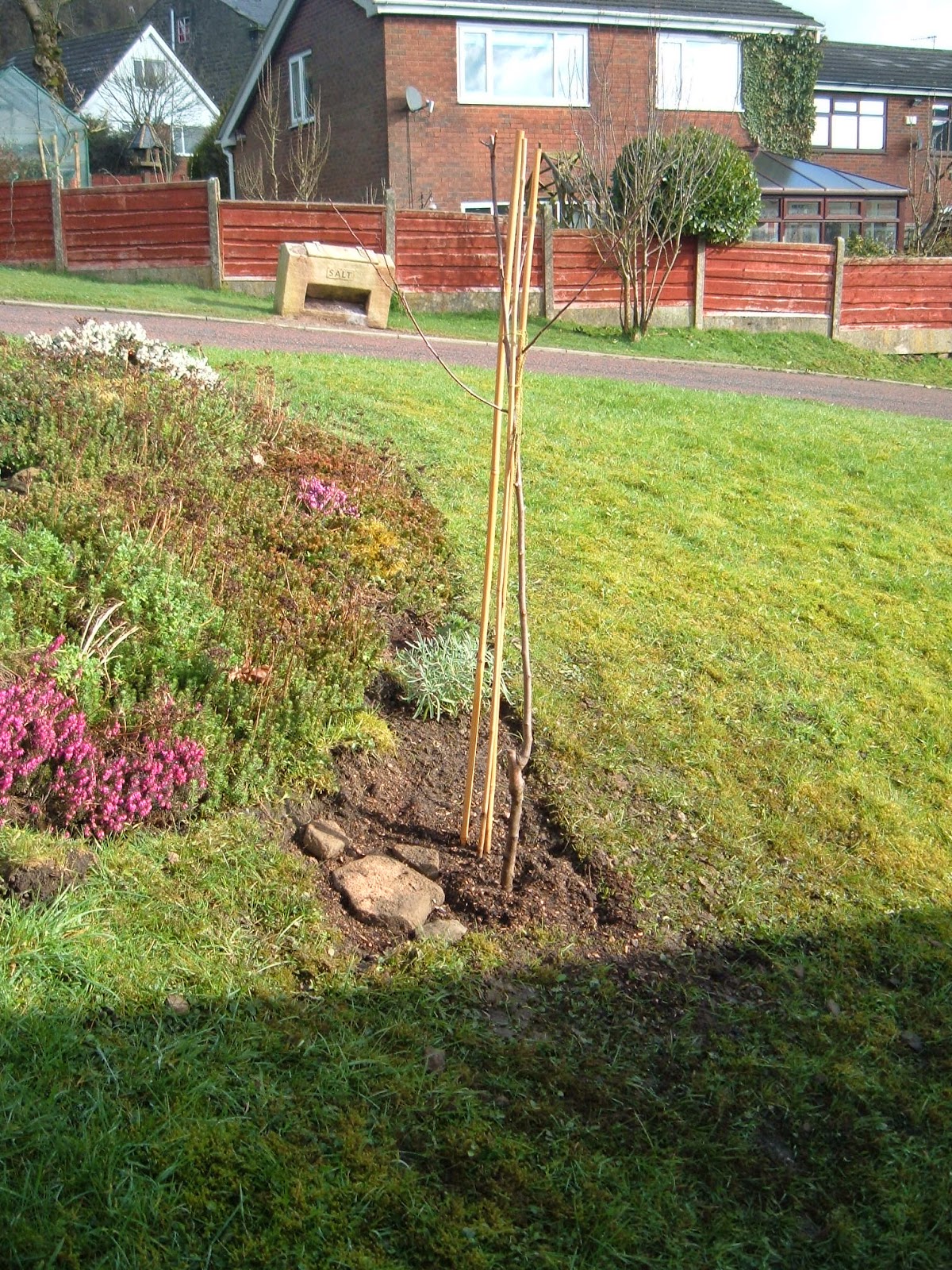 This was the only flower bed (I added the plum tree 2 years ago and this was when this picture was taken. The bed was an uninspiring mix of groundcover plants, heathers, cotoneasters and unnamable beige and brown things none of which I liked. However I left it and for the last 2 years, as you know have been spending a lot of time in the back. Now this has changed, the back is happy to just grow now as all the hard designing work has been done, so over the last 2 weeks I have been working in the front.

I cleared everything from the bed as I didn't want to keep any of it, 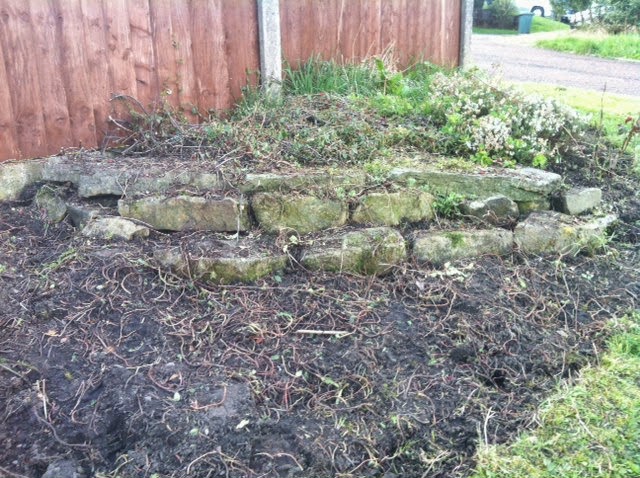 and in so doing discovered this cute little 'wall' that I didn't even know was there. It took a lot of work and many trips to the tip with garden waste (was far too much for compost) until I had it completely removed apart from the plum tree and a lavender. 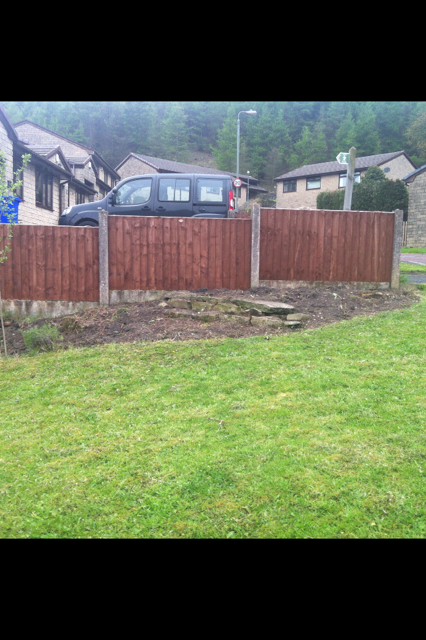 I have added lots of well rotted garden compost as well as horse manure. to this bed and the soil was looking good and healthy.

So today I have been planting it up. Lots of my plants from the greenhouse were more than ready to go in and as I had so many it has been great because it is such a big bed.

So here is the result of my labours 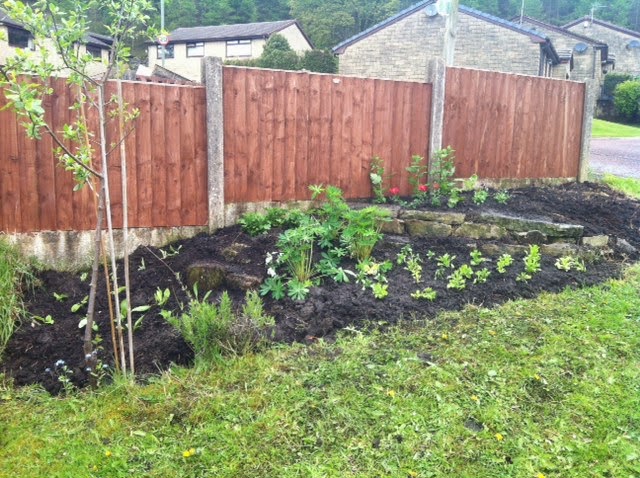 and a close up 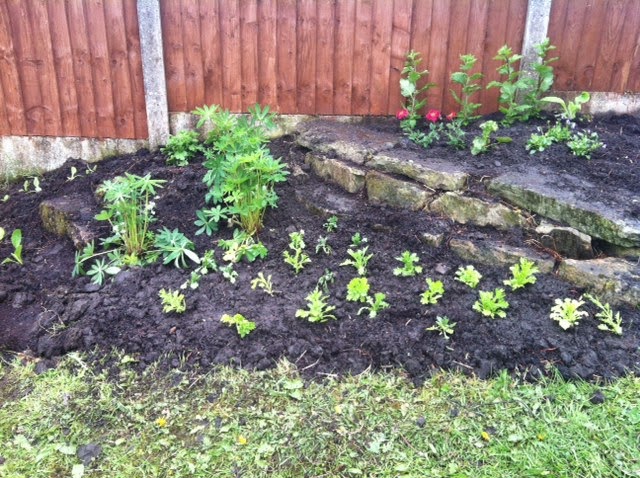 4 big chrysanthemums (red wendy) at the back left, 4 more chysanthemums (gompie pink) at the back right. Foxgloves dotted about that I have been growing on for an age, 3 good sized lupins in the middle. Some red bacopa and a red trailing geranium which will hopefully trail down the wall and a ton of mini white chyrysanthemums (snowland) at the front. Just out of shot on the left are 6 shasta daisies I have been growing from seed.

When it all fills out it should be really lovely. I still have a large gap on the far right and I think I will put in a floribunda rose.

Now I have to keep my fingers crossed that I don't have more sheep visiting as I know they could decimate this bed in about 10 minutes. 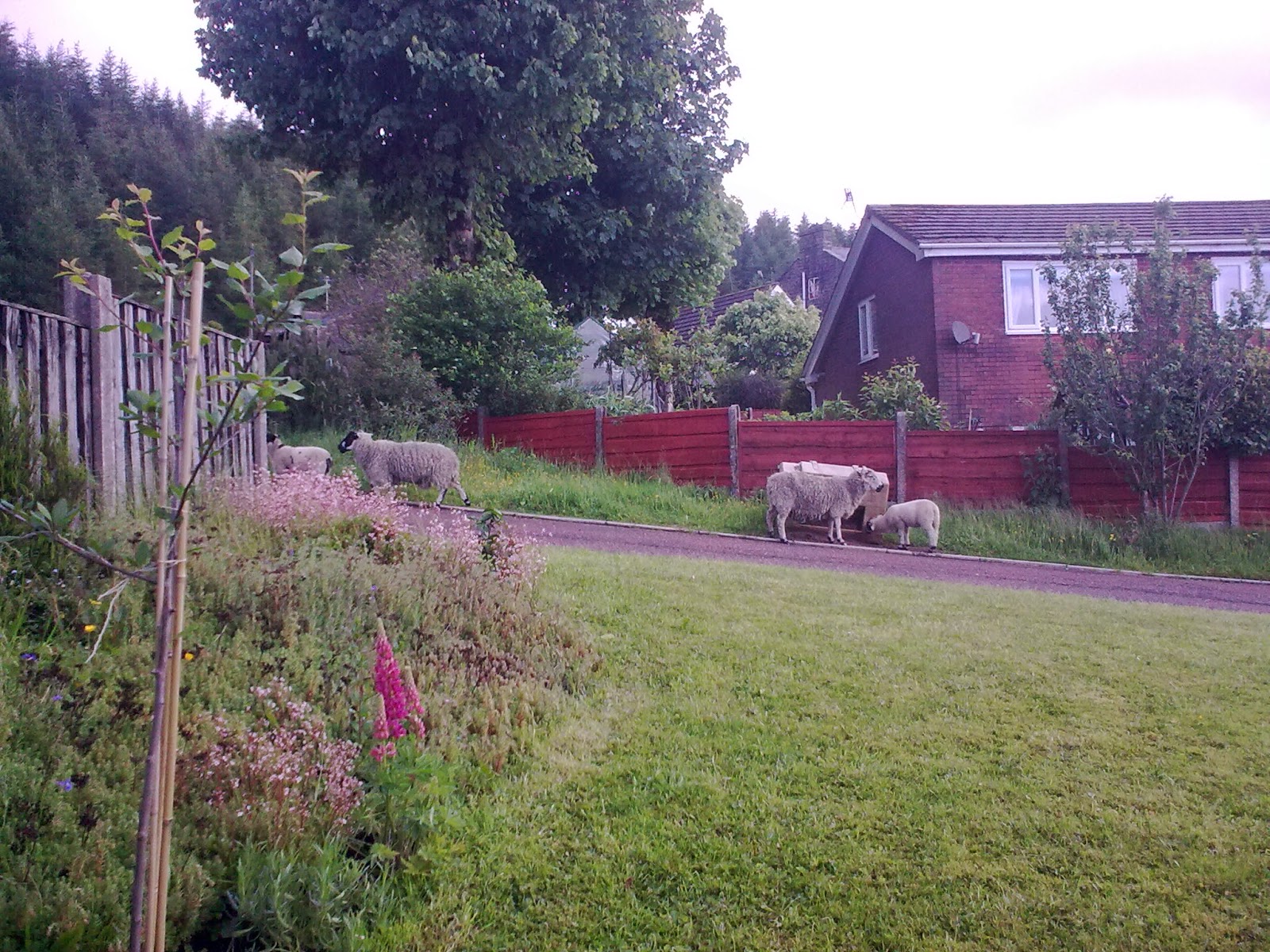 So I have plans afoot to put in a hedge accross the front and down the side. I can't decide if whether to just be boring and put in a privet or to actually use a bit of imagination and plant a load of different bushes that can be shaped nicely. I am erring on the latter but I have to wrack my brains for lots of bushes that will fit the bill.I think it would be the nicer option. I still may use privet on the side. When I drive around and look at other 'open plan' front gardens I like lots of bushes I see, the ones that shape beautifully like big pompoms, just never know what any of them are, so all suggestions for nice trimmed front hedging bushes are all welcomed.