Stir-fry and crumble for next to nothing.

This lunchtime I made myself a stir-fry and a crumble pretty much out of nothing. I love the idea of getting a meal out of bits and bobs kicking about the kitchen. I was inspired by my mum who is always stir frying up her home grown veggies.
I started with an old and very tired spring onion which I chopped up (always chop up to the very end of the green bits as well as the white, there is nothing wrong with them, but many people only chop the white and throw away the stalk) added a couple of cloves of chopped garlic. I had some bits of chicken in the freezer from a cooked chicken I had a couple of weeks ago so that came out. 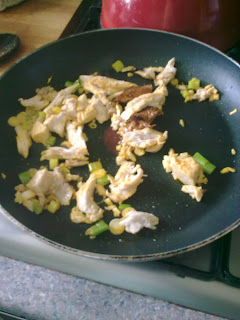 A quick trip into my garden got me some cabbage leaves, which I am sharing with slugs and snails, but I don't mind the odd tooth mark in there. 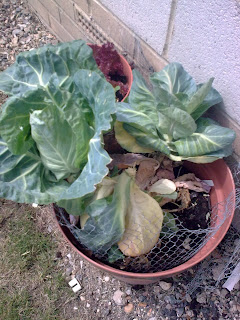 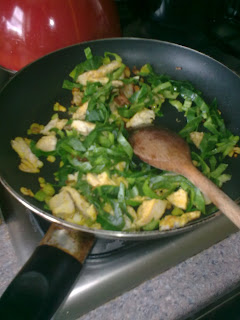 Chopped that up and finally a couple of little plum tomatoes. 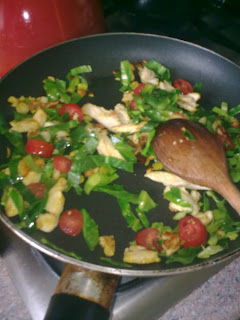 Put some noodles on to boil and then stir-fried the lot together. I whipped up a quick sauce with a tablespoon of soy sauce, a teaspoon of peanut butter, some flaked chillies and some lime juice. 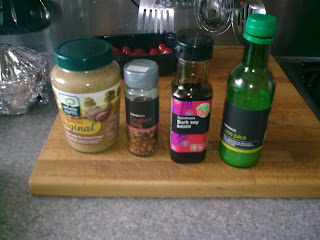 Added the sauce at the end and then mixed in with the noodles. Some chopped parsley finished it off. 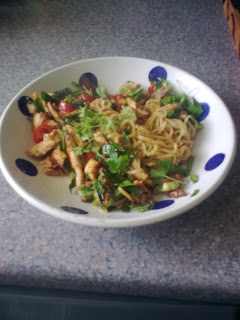 Very delicious and all from a small amount of food that was in the cupboard or freezer already. Would have cost me only a few pence to be honest.

Next I made an apple and fruit crumble. These cooking apples I picked out of the bin at a friends house. I opened up his bin and there they were, he said the were too tired to eat now - not for me! I picked them out of the bin (it was pretty clean, but they are to be peeled anyway) 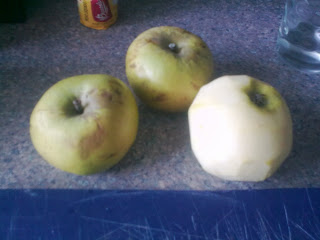 Cooked them up with some berries I found in the freezer and then quickly rubbed together some flour, butter and sugar and hey presto, a couple of crumbles, one for my dinner tonight and one for the freezer. 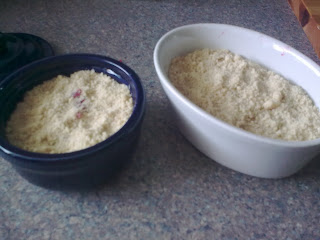 I will stick one of them in the oven later to cook for dinner, and the other one can go into the freezer for a treat some time in the future.

There is something immensely satisfying from cooking food that has been 'found' or grown by you, and making delicious meals for so little money and effort.
Posted by DH at 06:43