Because you're worth it?

Sorry it's been ages since my last post. I have been working away from home so not had much time to sit down and write.

It has been interesting for me watching how other people live their lives. I was working some of the time in Jersey where, ok, there are many well off people; yet, being well-off doesn't really signify a wasteful nature. In fact, although they live in big houses and drive nice cars and go on holiday, many of them seem to have a fairly frugal attitude towards their needs, particularly where food is concerned. There is definite attitude of not wasting anything, the chicken carcass becomes stock, the left-overs become tomorrow evenings dinner. Perhaps it is how wealthy people remain wealthy?


So why is it that people with less money tend to throw away food, tend to not eat left-overs because it is too boring to have something that they have already eaten this week? Perhaps it is the lack of tradition and the reaching for some pseudo-celebrity life style that is the problem. We are all told over and over again by various media sources what we should be spending our money on and how we should be living our life. We should buy this shampoo because Cheryl Cole uses it (sure she does!),  we should wear designer labels because if we do we will attract the right sort of person and be living the life that our favourite celebrity lives, we should listen to this music because everyone else who watched x-factor thought it was good, if we love our children we will buy them a £700 flat-screen tv for their bedroom. When is the World going to stop listening to what the media tells us we should be doing and start living our own lives in our own way? Celebrity culture is telling us that not only do we need everything, but that we deserve it! 'Because you're worth it' seems to have replaced old-fashioned values. We are no longer striving for a good happy home life, now we are striving for everything, we deserve it all, apparently. It is easy to begin to assume that having all the things that other people have is the secret formula to a happy home life. It is actually of course just the secret formula for accruing what is apparently now the average debt outside of a mortgage or £9700. 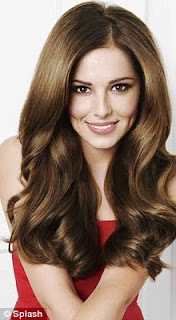 I have a friend who is a single parent with 3 children, her mortgage is almost paid off, but she earns less than £11,000 a year. She recently told me that she is now really buying her clothes from shops in the next level up than places like next, she now buys Crew Clothing and tops from small expensive boutiques in town. How and why? She says that it makes her look better than cheap next clothes (cheap?) Of course, the answer is that she is told that a woman in her 40's deserves to look good and the way to do that is by spending more money on herself.

It is like a tonic to me to read other peoples blogs, people with the same attitude as me, to get back down to reality, to ground myself and know that there is a movement of people out there that are reacting against the I deserve it and I want it now trend.
Posted by DH at 03:20

Email ThisBlogThis!Share to TwitterShare to FacebookShare to Pinterest
Labels: general