Requiem for an Apple Tree.

I've had to cut down a tree today, it is a bit sad because it was one of the first things I did when I moved in here, planted an apple tree. It felt like a real occasion when I did this Being rather inexperienced when I first came here I did think it was odd that the tree only ever had about 20 leaves, never flowered and didn't produce one apple, but I thought that perhaps these things took a while to establish. It was only when my mother was here earlier today that she pointed out that it was riddled with canker. Suddenly it all made sense as to why it was so sick looking and never did anything. I suppose I could have tried to rescue it but honestly I think it has been sick since the day I got it with hindsight.
So I cut my losses and cut the tree down.

Here it is, when it first went in 3 years ago, a milestone. 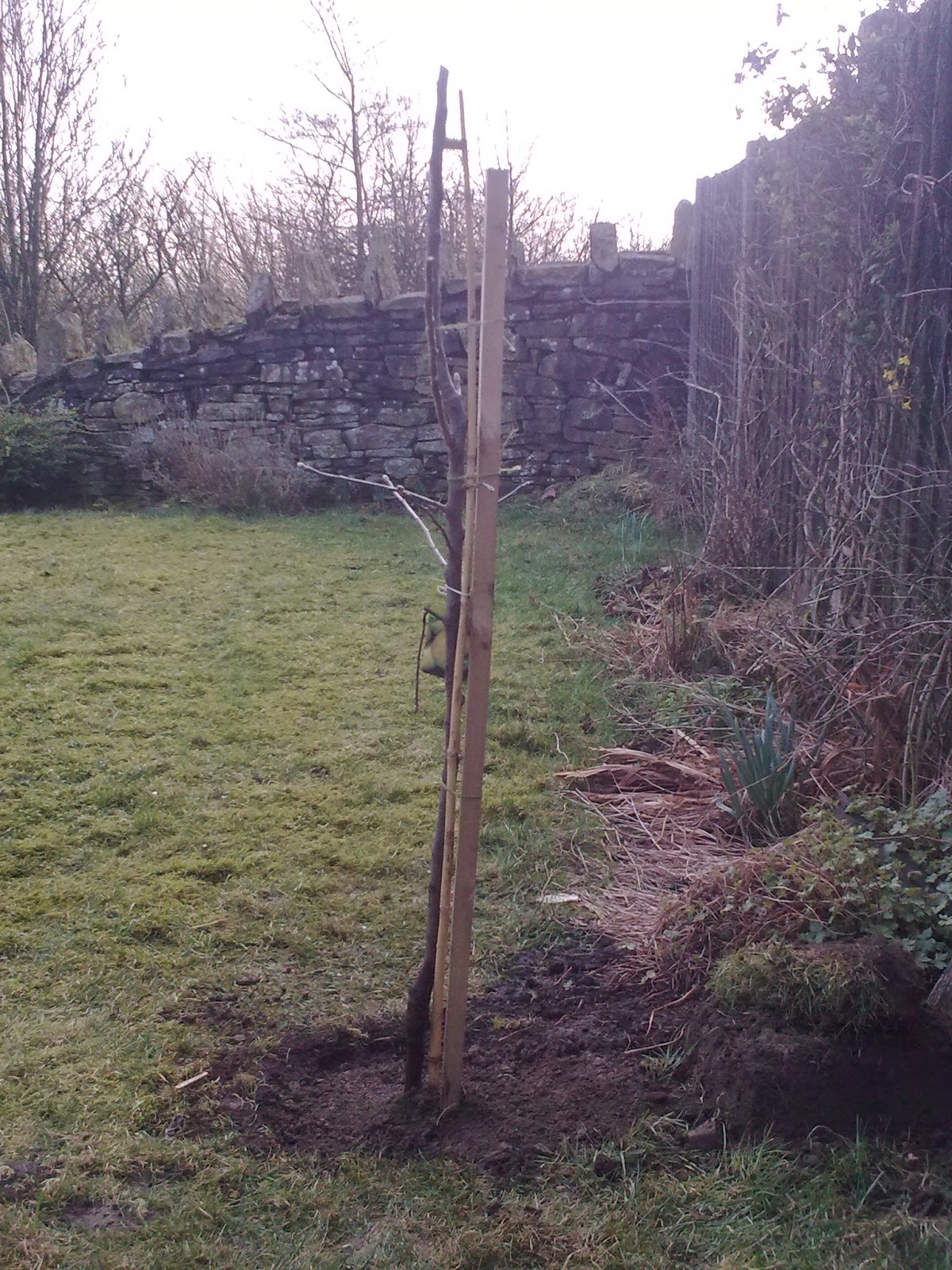 and now I have a new space opening up. 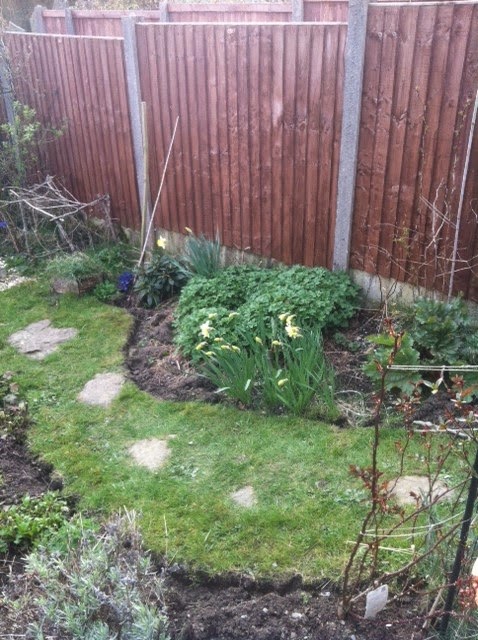 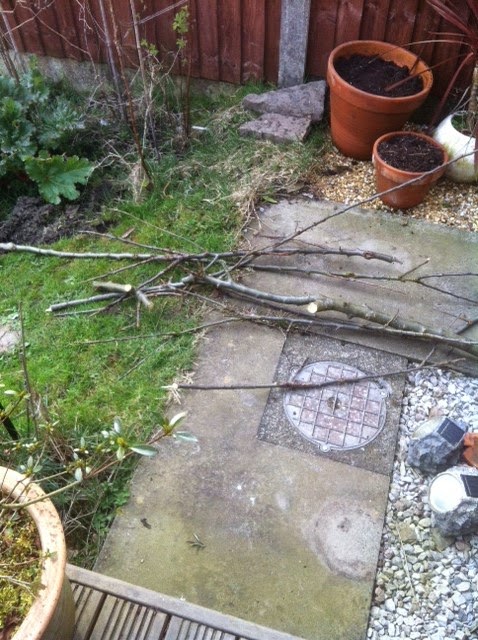 So what to do now?


I'm guessing that putting in another apple in that same spot is probably a mistake, no idea if this is true or not, but rather not take the chance. Might take the opportunity to put a nice apple tree in the front garden now where there is more space.. I want to replace this one with a nice small and compact tree perhaps, Or maybe even no tree at all. I'm thinking of it as a nice opportunity to think creatively again.

On another note, I am thinking of ripping out the raised bed and putting in a pond this Summer, I like the idea of having some water in the garden, which would hopefully attract some wildlife, especially some frogs, who could gorge themselves on slugs and snails! I am having a think.......all that digging, aargh.

Another fabulous day today with the French doors open onto the garden. Hope you all enjoy the good weather as much as me.
Posted by DH at 09:02