I've been in and out, dodging the rain most of the time. One second it is beautiful and warm, the next rainy.
I now do two ladies gardens on a regular basis, which is a nice bit of extra money and quite franky, a pleasure to do most of the time. It's only a couple of hours here and there, but maybe it could build up? who knows?
Did I mention that my oven broke down? Can't remember. It just stopped working which didn't really surprise me as it must have been over 20 years old. Fortunately on the day it stopped working my sister was throwing out her oven so I grabbed it (although I think that her builder wanted to nab it, because he tried very hard to not let me have, cheeky bugger).
So, much as I was tempted to try and put it in myself my mum was horrified and told me I had to get an electrician in. Did so and the kind man only charged £20 so I'm not complaining (watched him carefully and I could have done it myself, but never mind)
Anyway, it works perfectly, but my sister wants shooting - it was filthy!!!!! So a packet of Oven Pride later and I have a shiny new oven, hooray, cooking is back on. 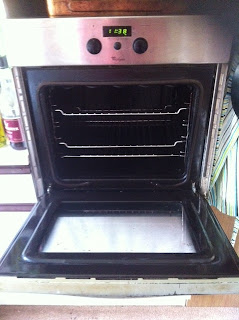 Other things I have been up to - my first sourdough loaf. I can't say it was an absolute success, but it wasn't an absolute disaster either and I have learnt from my mistakes. There is nothing wrong with my starter, he is happily sitting there, bubbling and alive. The loaf itself had two problems, first of which is that it definitely needed more rising - I will give it a few more hours next time and somewhere warmer I think. The other problem was with my cooking, my oven was a bit too hot I think (still trying to get used to the new oven) and so it was very much cooked on the outside, but still a bit stodgy on the inside. Having said all of that the taste is beautiful, but it is just a bit dense - makes wonderful toast though. Loaf number two should be a better effort thanks to my trial and error first loaf. 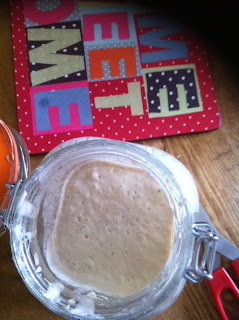 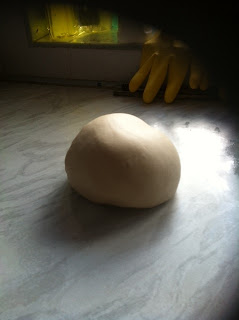 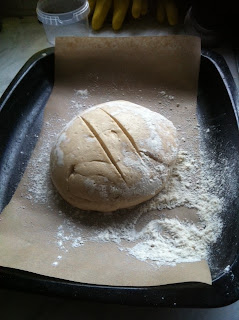 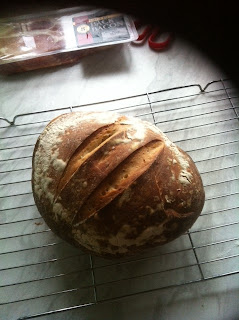 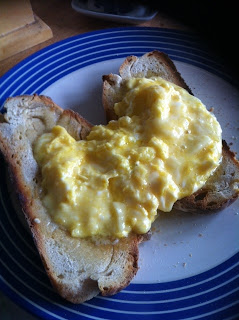 Made great eggs on toast though.

I haven't been neglecting my own gardening and working in the greenhouse continues to be a joy. Today I planted out some of my sweet peas - I know it is a bit of a risk mid April, but they were getting way too big for their pots and really wanted planting out. Hopefully no more frosts, but I will keep on eye and wrap them up if there is. 2 wigwams at either end of the new bed. 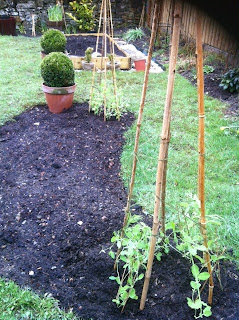 I'm desperate to get some veg in that raised bed in the distance - every morning the local cat population have used it as a giant litter tray!!!!

Hope you have all had a lovely weekend - time for me to have a piece of the Victoria sponge I made and a cuppa. 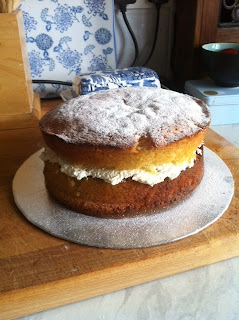